I was setting up one time when someone walked over to look at my easels. This person said that he thought I had some sailboats set up. From a distance with their pointy tops, I can see that the mistake could be made, especially when some of them are shaped that way. 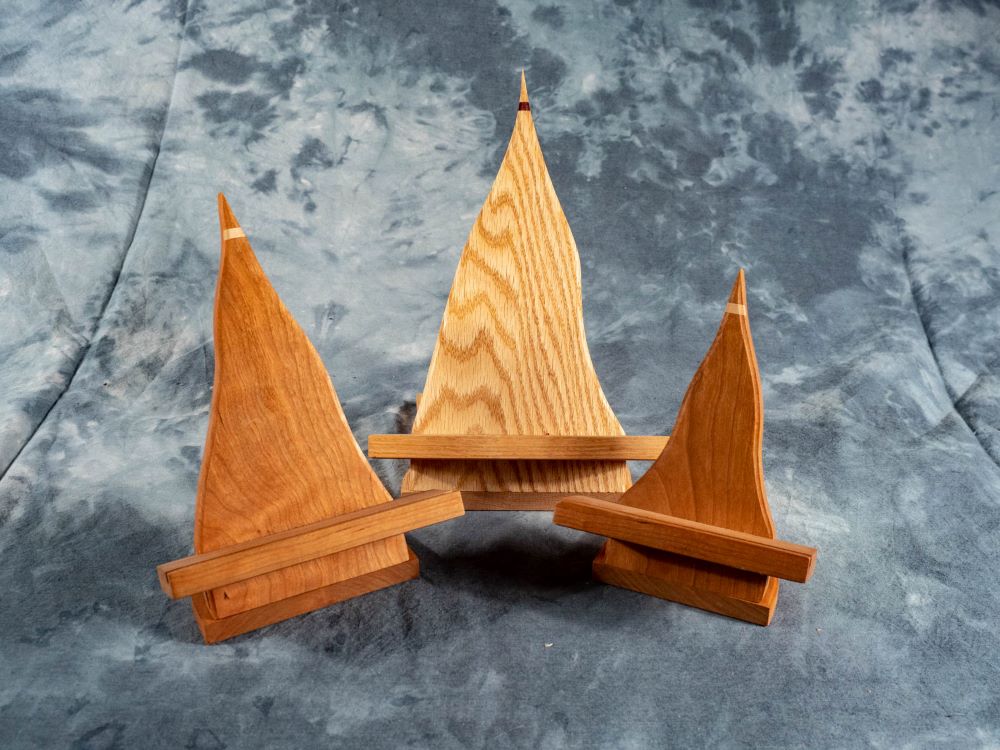 This just goes to show how the perception and appreciation of a piece of art can begin in different places for different people. When I first conceived of these easels, I had in my mind a picture hanging on a wall with a light over the middle of the top. That’s where the little inlay at the top comes in.

The sailboat shape came later. At first, the easels had a curve down the sides and a leg in the middle in the back. I employed a spline in the middle in the front and thus was able to get more various shapes. Sailboats came in when I talked with a woman in Providence about how those might sell in her area. Sinuous shapes also appeared.

In this way I was able to develop some variation in the easels. That, combined with the differences in size and species, has made this product something for nearly everyone. I have had people recognize the stall by the easels. Once I even had some people come to a show in order to purchase another easel.

These are dual purpose because when they are not holding something (a book, a dish, some piece of decorative art), they are a little bit of decoration itself. You can find these with me Saturday August 14th at the Winchester Old Town Mall.