During my checkered career in academia, I studied toward an MBA. At some point, I realized that the combined expense and time I was investing was not worth the effort for what I really was aiming toward. Still, it gave me some understanding of the forces behind prices and a way to organize my costs. I saw that in general, people were charging what they could get and spending what they were forced to payout. The levels of these figures depended upon the supply and demand either in a small market or in the population as a whole. The general population will supply certain amounts of goods according to the amount of demand at given prices. This is why, for instance, there were long lines for gasoline when Nixon tried to control the price of the fuel. Suppliers were only willing (or could afford) to supply so much at the lower prices, and this led to shortages. This was on a smaller scale what the Soviet Union faced in its inability to provide for goods and services.

Before I get too wrapped up in this, let me say that my impression was and is that the whole system runs on actual and perceived scarcity. When I don’t have enough, I am willing to pay a higher price for a good or service. My demand is higher.

What happens, though, if I base my thinking and acting on plenty? Am I just whistling in the dark or establishing myself as a sucker? Am I opening the door to profligacy? In my life, this has broken down to respecting what I have as a gift to be used for the betterment of those around me. Every day presents me with opportunities to move forward and to sit tight. My life is given shape by these surpluses and draw downs. My spirit is defined in a way that I can actually live. I’m not waiting for the next windfall, but trying to use the present one to its best advantage. 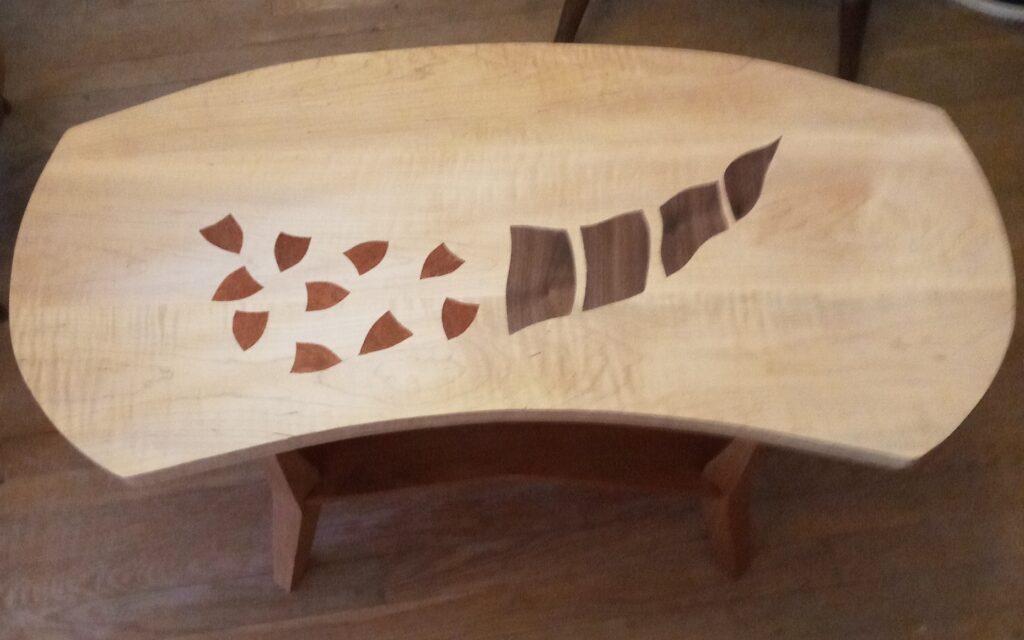 The picture for today is a coffee table that depicts a cornucopia which is the source of drama masks. In its way, it is my statement about art over the years and how it develops and spreads. It finds its source in plenty.