Around 2010, Joe, my son, and I were given a chance to apply for display at Tamarack, the center for the arts in West Virginia. The application process included bringing a sample piece for comment by one of the staff. At that meeting, we were told that our work needed some maturing. We could apply for jurying, but he didn’t hold out much hope of us being accepted.

We took careful note of his comments. We showed up with some carvings and two of these plain jane tables. Frankly, I thought the carvings were better than the tables. Because of the size of our jurying sample, they had us place the works on a loading dock, and we stood off so as not to hinder them.

Directly, one of the jury called us over to the loading dock. He asked if we could split our sample. He said that there was no reason that those pretty little tables shouldn’t be juried in, but that the carvings needed work.

We split the sample and sold eight tables to them for delivery the next month. What a day that was for us! Those tables became our model for everything else in our furniture until we started making chairs. They included the basic legs, joints and use of sheet work (where we edge join pieces of wood for wider work). We have carved them, put inlay on them, installed drawers (one and two). They became our learning pieces. Plain Jane became the way for us to grow as artists and technicians. The piece you see below is one of the tables with some inlay tile that my daughter-in-law, Stephanie, designed. 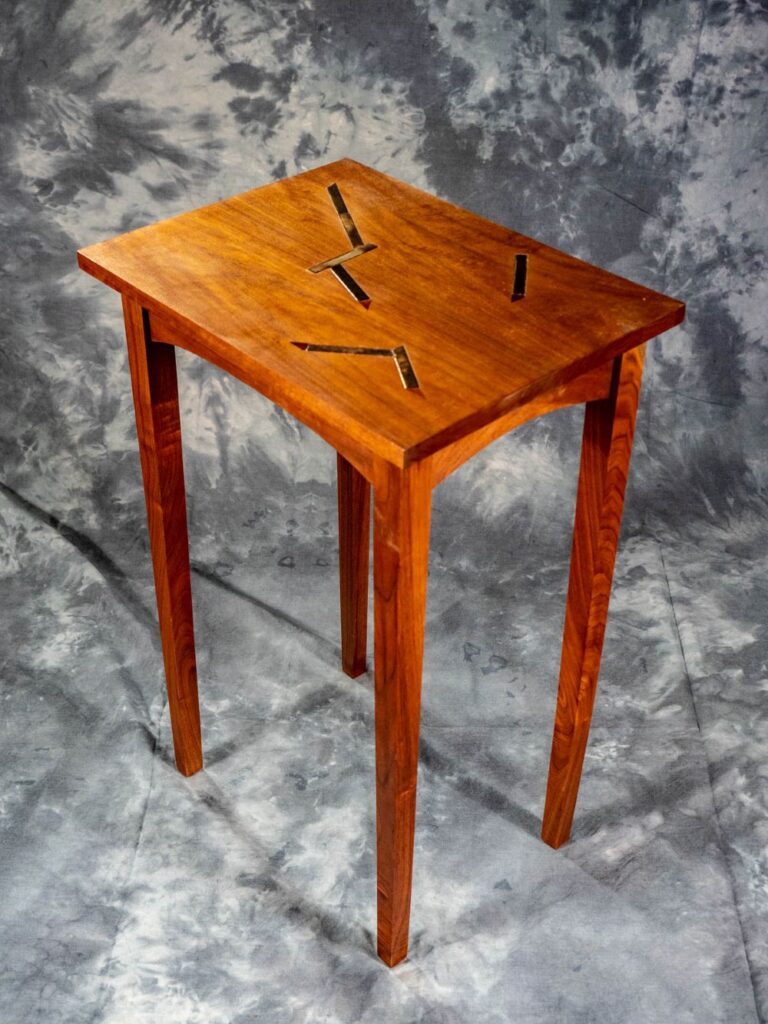