In my seventh-grade history and science classes, we held firmly to the belief that people of Columbus’ generation thought the earth was flat and were afraid that, if they strayed too far from Europe to the west, they would fall off. This despite the fact that Columbus himself had theorized that should he go far enough west he would come into contact with the far east.

I have tended to look at New Year’s Day in this way. I have seen it as an edge from which we fall into a new year. This, again, despite the fact that Monday through Friday continue and the sun starts giving us more presence as the days march on. The only thing that has changed for me over the years is that each year seems shorter. I was telling my daughter the other day that on New Year’s Day I breathe a sigh of relief that April 15th is way out there, and lots of time exists for me to finish my tax preparation. This is right before I blink my eyes and it’s the last half of March, and I haven’t even begun my taxes.

New Year’s Day, however, is the beginning of a new cycle. It is a good time to examine myself and see if there are any improvements I can implement. All the same old things are going to happen. It will get cold for a while, then heat up and then cool off again. As is usual in this cycle, there is no guarantee that I shall be here to see it play out. As a brother-in-law told me once, though, since you don’t know, just act as though it will all be the same, and you will be ushering in another Christmas and New Year’s Day.

This past year saw one of our number leave, never to return. My wife of 53 years died in April. Also, though, my furniture business picked up slightly. Obviously, I’d rather the business tanked and Sharon had been able to stay around, but that wasn’t to be. So how to approach the New Year. I am looking forward to it because it is filled with more life, a life that is much bigger than I am, thankfully. I can’t control it, but I can live it. The edge has no fear for me because I do not feel bounded by it in any of the senses in which it reveals itself. Like an old stick of wood, I just keep getting transformed. Happy New Year. 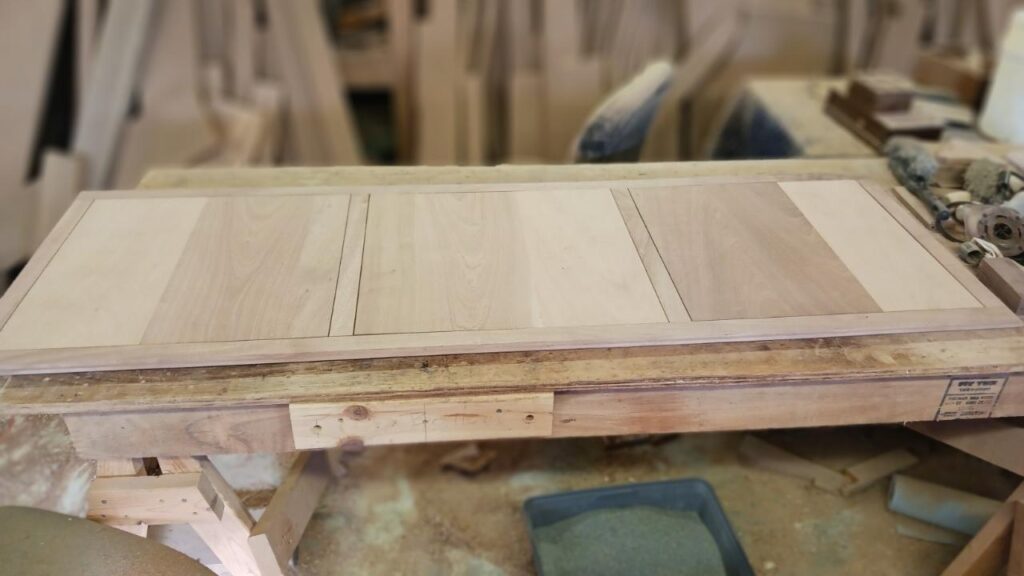 Nothing is more beautiful than the loveliness of the woods before sunrise.